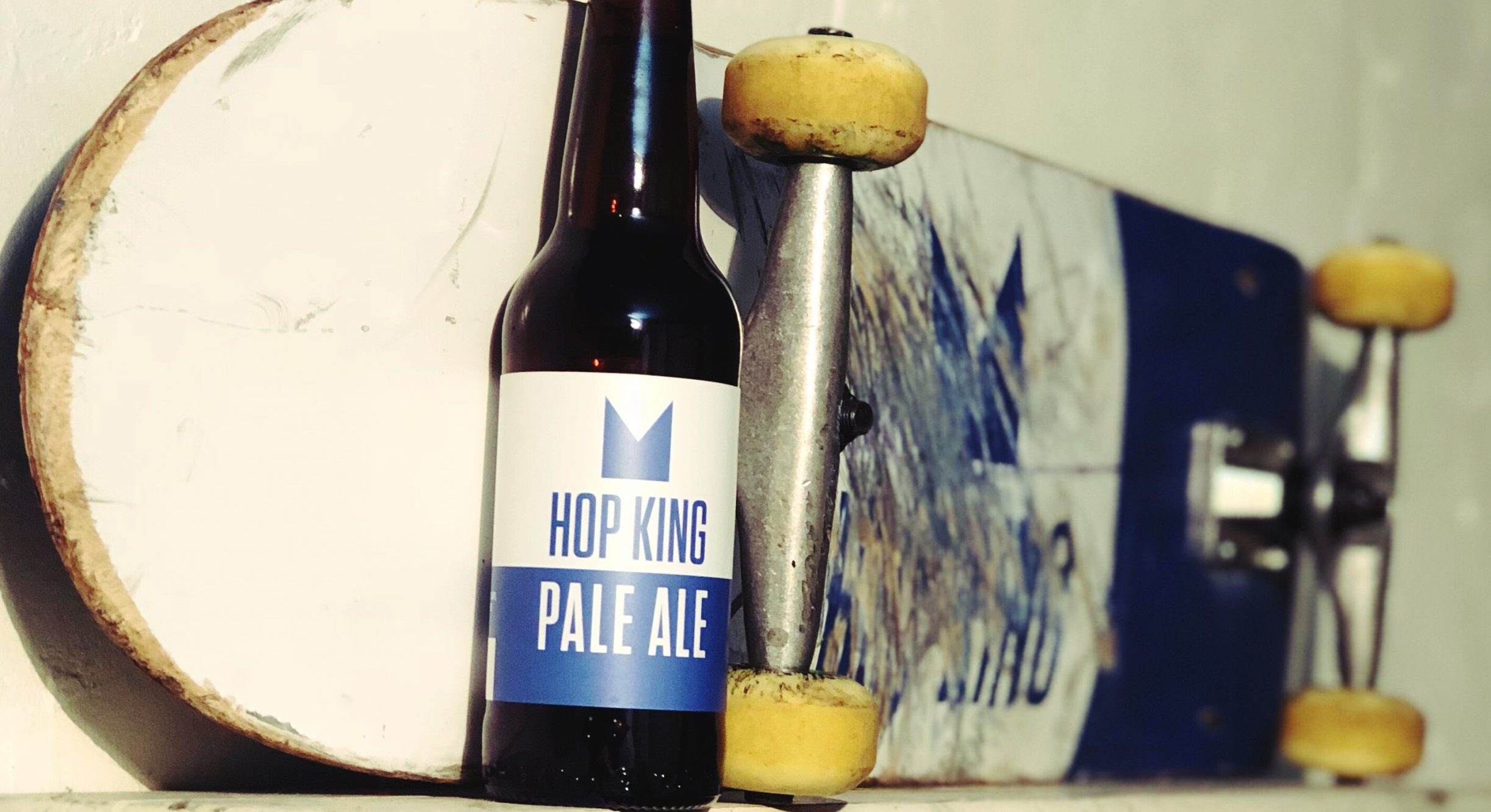 My brother and I always wanted Hop King to be so much more than a beer. We started, like any other brewery, with the classic merchandise…t-shirts, caps, etc. but with one major difference – we wanted people to actually wear them. In my time running a micro brewery we made some fun looking t-shirts but they were only ever worn by 2 types of people….staff and people at beer festivals. The problem is that they had the word “Brewery” all over them. Let’s face it, as trendy as craft beer is, a brewery t-shirt is basically just advertising to the world that you are, what’s known in the business as, a ‘Beer Geek’ (and this is not a good thing).

We just wanted to design some clothes that were cool and understated that people would actually want to wear out.  After a few weeks of designing clothes, we found that all our influences lead back to one thing –  skateboarding. We were basically creating a skate brand with out realising it. We have always loved skateboarding since Tony Hawks pro skater came out on PS1 back in 99, and although we hung up our skateboards for a number of years, we both follow it very closely. We had a go at designing some decks and whacked them on instagram. We had such a good response that we decided, then and there, to make Hop King a full on skateboard and beer company!  Skateboarding has long been aligned with energy drinks, but never beer. We think this should change. We now have recruited a team of skaters from around the UK with 3 pros and 4 amateurs making up the Hop King Skate Team. We have already done some great stuff with these guys (check out our instagram) but we have so much exciting stuff planned for 2018 that we can’t wait to tell you about….sit tight.

Free delivery on orders over £50 Dismiss